The new aircraft stands that have been built during the transformation program will increase the number aircraft movements around the aprons and taxiway infrastructure.  This has a major impact on the safe handling and manoeuvring of aircraft but also the efficiency of moving traffic from stand apron to runway or vice versa. It was therefore essential that the routing of aircraft around the taxiway and apron stands was a necessity and subsequently a new AGL taxiway routing system had to be employed.

The current routing system employed on certain taxiways utilises a hard-wired DC switching device connected to the appropriate isolating transformer, but new technology is now available that allows the airfield lighting control system to switch and monitor individual lamps on an airfield lighting circuit. The airport required such a system to be installed and integrated with the existing atg airports AGL control system.

The Individual Light Control and Monitoring System (ILCMS) was to be connected to all the AGL lights installed on the new taxiway and aprons. The control of the individual lights, switching it on and off, and its back indication would be achieved via the communications protocol that was distributed over the AGL power cables, communications over mains, from the constant current regulators (CCR’s) and control from PLC hardware.

The first phase of the project was to replicate the existing control system hardware configuration in atg airports head office software suit. Then it was necessary to confirm that the system was able to communicate to the lamp monitoring equipment at a high level. Once confirmed that the operation of the equipment would meet the requirements of the airport, it was necessary to develop a functional design specification to detail how the various routes would be controlled in the new stand areas. The design specification had to have the involvement of the operators of the system, ATC, the airport engineering team and also the airside operations. Also included in the design brief, was how the system would integrate the new and old technologies and operate seamlessly together. From this, the software could then be adapted to suit, and the graphics altered which would display the new operational requirements.

Once the software was developed it was necessary to implement a multi stage test strategy to ensure that the coding and graphical representation was proved to be functionally correct, prior to uploading to the main control equipment. Before integrating the software to the site code, it was necessary that the client was invited to confirm the correct operation of the system functionality at a factory acceptance test.

The next phase of the project required all the new hardware in the ground and at the substations to be connected to the control cubicles and the new software uploaded. Testing the system was once again critical as it was necessary to ensure that the new stand area could be controlled as expected. This phase would not only confirm the control system functionality but would also confirm that the e individual lamp modules had been installed in the correct location.

At this time the main substation was not connected to the main AFL network. This meant that the new Apron and stands could be tested without the existing control system. An invitation to ATC / OPS was made so that they could see the actual switching and monitoring of lights and confirm that correct implementation of the design brief.

When all the testing was complete and all parties were satisfied with the system and its functionality it could then be integrated to the exiting on site AGL control system. This had to be a pre-planned, and controlled change over so that airfield operations were not compromised.  The Tower Graphical equipment would be upgraded to include the control requirements for the new stand areas and the PLC’s would be updated to include the additional software. Training on the operation of the new aspects of the system was conducted and the system handed over for operational use. 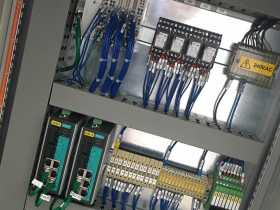 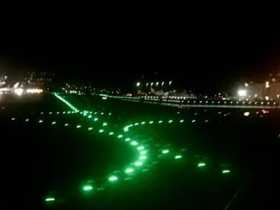 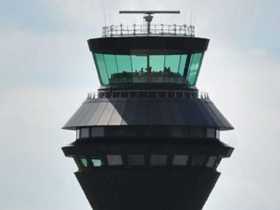