It was in the spring of 1999 when Farnborough airport underwent a major overhaul of airports infrastructure. The airport was to develop into a licensed aerodrome and have commercial passenger jets using the facility. At this time atg airports played a significant role in the design, installation of the runway lighting system, and ALCMS, working alongside the main contractor and airport’s team.

As part of the deliverables atg airports were asked to provide an airfield lighting control system. This was to operate all the CCR’s in the substations, the individual lamp switch devices for stopbar control, also the provision of a SCADA system in the maintenance office. During this period, there was concern by the CAA over the use of a windows-based platforms controlling airfield lighting, due to safety implications, despite there being PLC’s operating the final field equipment. Subsequently two push button mimic panels were installed in the VCR. One of the panels was for the control and operation of the runway and taxiway services, while the second panel was dedicated to operate the stopbars and lead on, lead off lights associated with taxiway and runway intersections.

Although the control system over the years had several modifications to accommodate new services, very little had changed with the overall system. However, the mimic panels had over time, lost their shine, and TAG Aviation contracted atg airports to upgrade the system for the use of, the now accepted, ‘touch screen control panels’

The engineering team supplied new soft mimics in the VCR linked by a network between from the main  VCR operating positions and the engineering room. The SCADA software package was updated to the latest release and a new terminal was installed in the maintenance room. The graphical displays were developed to represent a true reflection of the lighting circuits and equipment within each of the substations. New alarm pages were developed incorporating the additional monitoring that was being used for the new networks.  Also, some contingency was allowed for expansion of the system should it be required in the future.

A complete site acceptance test was implemented to ensure that the functionality of the system was in line with the airports requirements, and that all appropriate alarms and indications were displayed on the correct operating position. 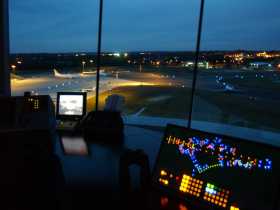 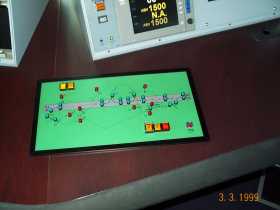 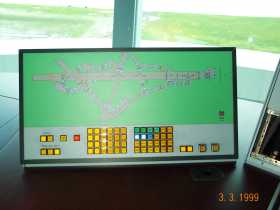 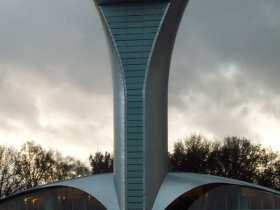