Minangkabau International Airport is the principal airport serving the province of West Sumatra on the island of Sumatra, Indonesia. It is located about 23 km north-west of Padang, in the Padang Pariaman regency. The government approved the redevelopment of the airport expansion to increase the airport’s capacity to 5.7 million passengers per annum which is an increase of an additional two million more passenger than the airport currently handles.

As part of the redevelopment program, atg airports were contracted for the supply of an airfield ground lighting control and monitoring system, a SMARTPC, one of the latest options in the SMARTCONTROL range of equipment.

It was also a requirement that the old style constant current regulators be replaced with a more modern type. The specification called for the CCR to have a sinewave output to the airfield ground lighting series circuit, which makes it more compatible with LED lighting. The high performance, reliability, and flexible compatibility options, for connection with the control system, all contributed to the decision for the Micro200 CCR to be installed.

Under a separate phase, the provision called for LED taxiway edge lighting and LED airfield signs. The IR861 and Clearway brand of taxiway guidance signs was manufactured to meet this need. At the same time Precision Approach Path Indicator (PAPI) equipment was to be installed and they would be powered through alternate circuit selector switches which are integral to the CCR unit.

Following the installation, the atg airports engineering team commissioned the equipment and provided the airports maintenance team training on the AGL control system. 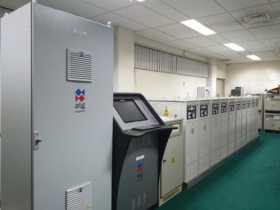 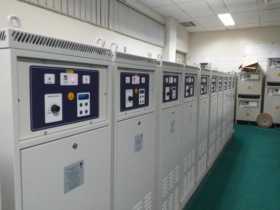 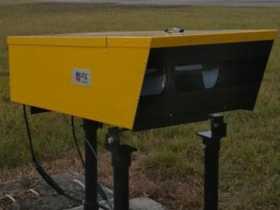 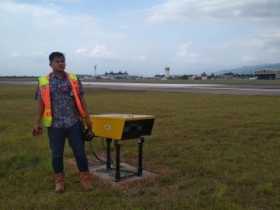