RAF Brize Norton is the central hub for military flights from the United Kingdom to many different theatres of operation around the world. Maintaining and keeping all aspects of the airport operational is a challenge to ensure that military operations are not affected.  The AGL installation team has been present on site for a period of time supporting Amey Defence Services completing many key projects associated with the runway and taxiway lighting systems. As part of the scope of works, Delta and Golf Taxiways routes were rewired and in addition, investigation works completed on Taxiway Juliet identifying several historic faults which needed to be addressed.

The client was impressed with the high level of knowledge, capability and professionalism shown by the projects team, and subsequently atg airports were tasked with replacing the primary cabling and transformers on all of the Runway circuits (runway edge, runway centreline, threshold and touchdown zone). However, the main challenge was that the existing runway edge circuit could not be isolated, due to the operational requirements of the airfield. A temporary standalone runway edge service had to be installed in an ‘above ground’ installation. Once this was completed, the main circuit could be isolated and the infrastructure of the runway edge circuits could then be replaced. Due to operational circumstances the access time to the runway was restricted and this had to be considered before the commencement of any works. Subsequently, the team had to complete the majority of the works at night time and weekends when the aircraft movements were minimal.

The projects team also co-ordinated the implementation of new workstations for the AGL control system being added to the system architecture. Also the engineering team downloaded a new release of software which now incorporates additional airfield circuits on the graphical display.

With the main works completed, atg airports now provide a dedicated airfield manager at site who is responsible for all aspects of the airfield lighting. Through regular briefings with the client and RAF operations, potential problems are identified and any resulting works that may be forthcoming are planned in advance with the intension of improving efficiency and resilience onsite. 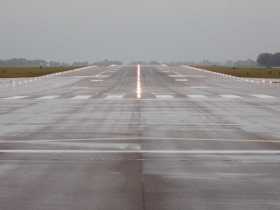 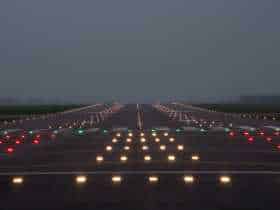 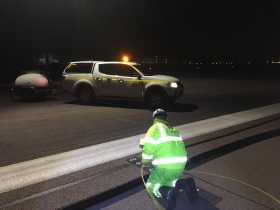 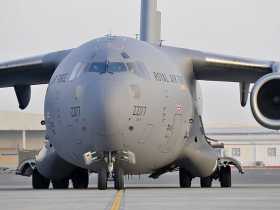