A new facility known as hangar 29, has been constructed at East Midlands Airport which is specifically designed to support aircraft Maintenance, Repair and Overhaul (MRO) operations which also encompasses an adjoining workshop and storage facilities. To allow aircraft movements between the hangar and the main taxiway routes and runway, a new taxiway, subsequently named Kilo taxiway, had to be constructed. While atg airports turnkey solutions team completed the installation of the LED taxiway lighting, and the associated cabling infrastructure, the engineering department was contracted to upgrade the airfield lighting control system so that the new services could be operated from the air traffic control tower.

The Individual Lamp Control and Monitoring System (ILCMS) installed at the airport, has been operating for many years, and currently monitors over 1,000 airfield lights. A separate wired communications network installed alongside the airfield ground lighting (AGL) cabling is used to control and monitor the individual lights through a series of Smart switches.  This dedicated network provides error free communications to the Smart Switches as there is no interference from primary cabling noise and no signal degradation due to insulation resistance issues. The engineering solution for this project also had to take into consideration the expansion of this network when implementing changes to the control system ensuring the new lighting applications where required, were controlled and monitored correctly.

The power for the airfield lighting circuits is provided by constant current regulators, and the requirement for this project was the addition of 4 new Micro200 CCR’s which would power Kilo taxiway and the newly installed stopbars. These CCR’s needed to be configured and integrated into the system architecture via the use of communications card within the equipment.

The addition of CCR’s into the control system is achieved by configuring the database within the master PC. However, there was further functionality that was required to be developed for the stopbar and taxiway operations during different LVP operations. This requirement had to firstly be agreed by the airside operations team, and then the requirement translated into software coding. The graphical display also had to be altered to reflect the new taxiway and stopbar positions, and also the newly built hangar. Once complete, a full conformation of the system was completed within a simulation test facility at the atg airports head office. The client was invited to confirm that the correct interpretation of the requirement had been implemented and that the layout of the control screens was acceptable.

Following completion of the factory acceptance test, the new software was uploaded to the control system on site. Prior to passing control of the new services to the tower, a further test ensuring all the newly configured hardware and also the recently installed airfield lighting operated as per the design brief.

A successful project delivered, and atg airports showed their expertise in airfield lighting control systems and also the versatility of the ATG ILCMS SmartControl in accommodating any airfield expansions. 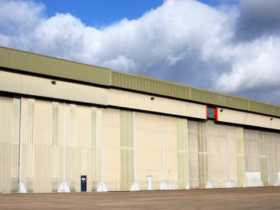 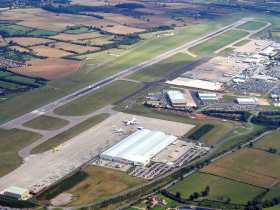 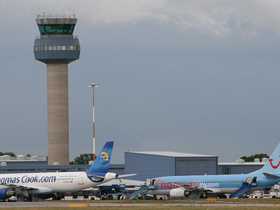