In 1995 atg airports were contracted to design, supply and install a containerised substation that housed constant current regulators along with control system cubicles. This was a temporary solution for the airport, and has been in service for much longer than was originally planned. Over that period of time however, it has operated successfully and been upgraded on many occasions.

With new taxiway and apron works being constructed, the location at where this substation was positioned lay in the way of proposed constructions works. It was therefore necessary to build a new substation which was more centralised to the AGL services and relocate all the CCR’s, control cabling and AGL circuits into the new facility.

ATG airports engineering team were contracted to complete this critical control system change over phase, which included the diversion of all control elements for CCR’s and DC switching circuits. This work had to be completed while the airport was fully operational, which included a significant amount of aircraft movements, and subsequently had to be planned and co-ordinated meticulously with all stake holders, to ensure there was no impact to the operational requirements of the airfield. With this in mind, it was decided that a new ET200 substation cubicle would be built and installed. This facility would allow for the connection of CCR’s into the system with minimal programming and SCADA changes, subsequently ensuring minimum disruption to the available airfield lighting services.

Due to the age of the CCR’s there was minimal support for the manufacturer, and subsequently it was atg airports engineering team responsibility to ensure that each CCR was recalibrated and commissioned upon completion of the relocation and installation works. Also, the control element of the CCR’s had to be proved before connecting with the new control equipment. A communications network had to be established for each CCR and confirmed to be operating correctly prior being fully integrated into the main AGL control and monitoring system.

The move to the new substation was a joint team effort between the Engineering and the Turnkey Solutions teams of atg airports. With each team having worked on many previous projects together, there was a clear understanding of what was expected during the changeover, all of which contribute to a smooth operation over several shifts when the work was completed. 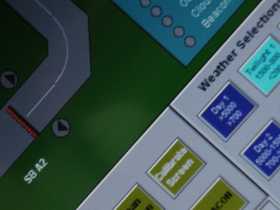 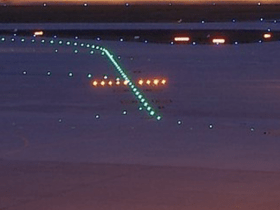 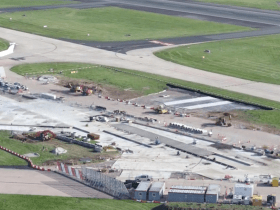 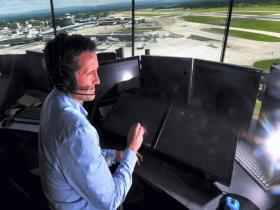